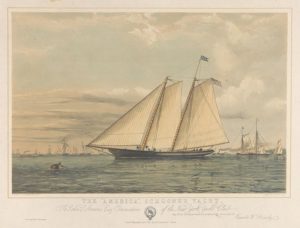 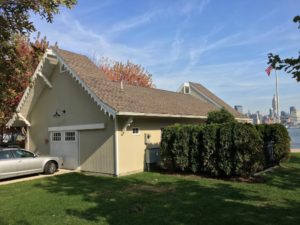 A replica of the original 1844 clubhouse of the New York Yacht Club at its original location in Hoboken, New Jersey

On August 22 1851 the schooner America defeated 14 British yachts in a race around the Isle of Wight.  The race became the inaugural edition of the America’s Cup, the oldest sporting competition in the world.  It was also one of the greatest upsets of sports history.  Great Britain was considered the master of all things maritime with centuries of tradition in sailing, while the United States was still an upstart nation.  The New York Yacht Club (NYYC), the challenger, was only seven years old.  The NYYC would continue to hold the America’s Cup for 132 years.  The Cup bears the name of the winning yacht of the first race.

The race was organized by the Royal Yacht Squadron (RYS), founded in 1815.  The RYS invited the New York Yacht Club to challenge British vessels in conjunction with the Great Exhibition of 1851 (also known as the Crystal Palace Exhibition).  The challenge was accepted by the NYYC Commodore and founding member John Cox Stevens.  A trophy was made by London silversmith Robert Garrard.  It was initially called the ‘£100 Cup’, and was a bottomless ewer than has come to be called the “Auld Mug”. 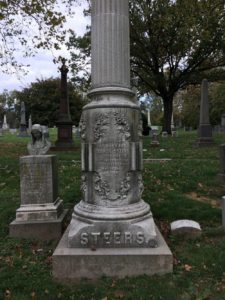 The yacht America was designed for the NYYC by George Steers, along with his brother James.  It was built in  Steers’ shipyard in Greenpoint, today a neighborhood in Brooklyn.  Steers was asked by NYYC member George Schuyler to build a yacht of immense speed suitable for racing. It was named the America.  Though built for speed it also contained many amenities including a washroom with a bathtub, at a time when most homes lacked such facilities.

The NYYC chose Richard ‘Dick’ Brown as a pilot, an experienced Sandy Hook pilot, a group of pilots specializing in guiding ships through the dangerous waters surrounding New York Harbor. He chose as his first mate a young pilot named Nelson Comstock.

The America sailed across the Atlantic to England with tremendous expectations on it shoulders. This was a ship that was expected to compete against the very best British ships. Even many Americans with doubtful that an American ship could outclass the best ships in the world. The New York Tribune publisher Horace Greeley, who was then in Europe, urged John Stevens to not race against the British, saying they would be beaten; Greeley also told them if they lost they should not return to the US. The arrival of the America did generate considerable interest in the British press and among local yachtsmen, which built up the excitement for the upcoming race.

The race started at Cowes Castle on the Isle of Wight where Royal Yacht Squadron was headquartered. 15 yachts started the race, including the America.  The route was the Queen’s Course, a 53-nautical mile course (98 km) around the island.  Observers included Queen Victoria and Prince Albert, who watched aboard the royal yachts.  The race was started by gunfire from the batteries at 10:00 am on August 22nd. 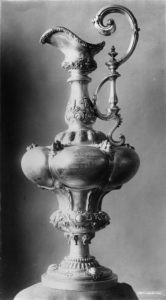 The America’s Cup, made by London Silversmith Robert Garrard

Piloted with precision and concentration by Brown, the America passed several yachts quickly and after about 30 minutes took the lead, which it would maintain throughout the race.  Brown increased its lead by successfully maneuvering between the island and the Nabs Point lighthouse, a possible shortcut in the race.  Soon the lead seemed so insurmountable that Victoria and Albert retired from viewing.  But the small cutter Aurora did mount a late challenge.  Rounding St Catherine’s point on the south of the Isle, the Aurora fell into a beam’s reach, a favorable point of sail.  Behind a strong wind, the Aurora gained fast, largely unbeknownst to the crowd at the finish line that believed the America was winning easily.  However, the America held off the challenger and crossed the finish line at 10 hours and 34 minutes, 8 minutes ahead of the Aurora.  When informed that America had won, Queen Victoria asked who finished second.  The response was, perhaps apocryphally, “Your Majesty, there is no second.”

The America crosses the finish line first.  When Queen asked who finished second; the answer was, “Your Majesty, there is no second.”

The result was a shock for the sailing world and especially for British yachtsmen.  But the British press and public showed tremendous sportsmanship in defeat.  The crowd cheered America‘s victory.  Queen Victoria personally congratulated John Cox Stevens.  In later months the British press analyzed the race and wrote articles on how to improve yacht design to match Steers’ superior vessel.  Back home, Americans were much less gracious in victory.  News arrived by steamship in September.  Newspapers declared the victory proof of US superiority over its former colonial master.  The New York Herald declared, “We have beaten them on land and at sea.” 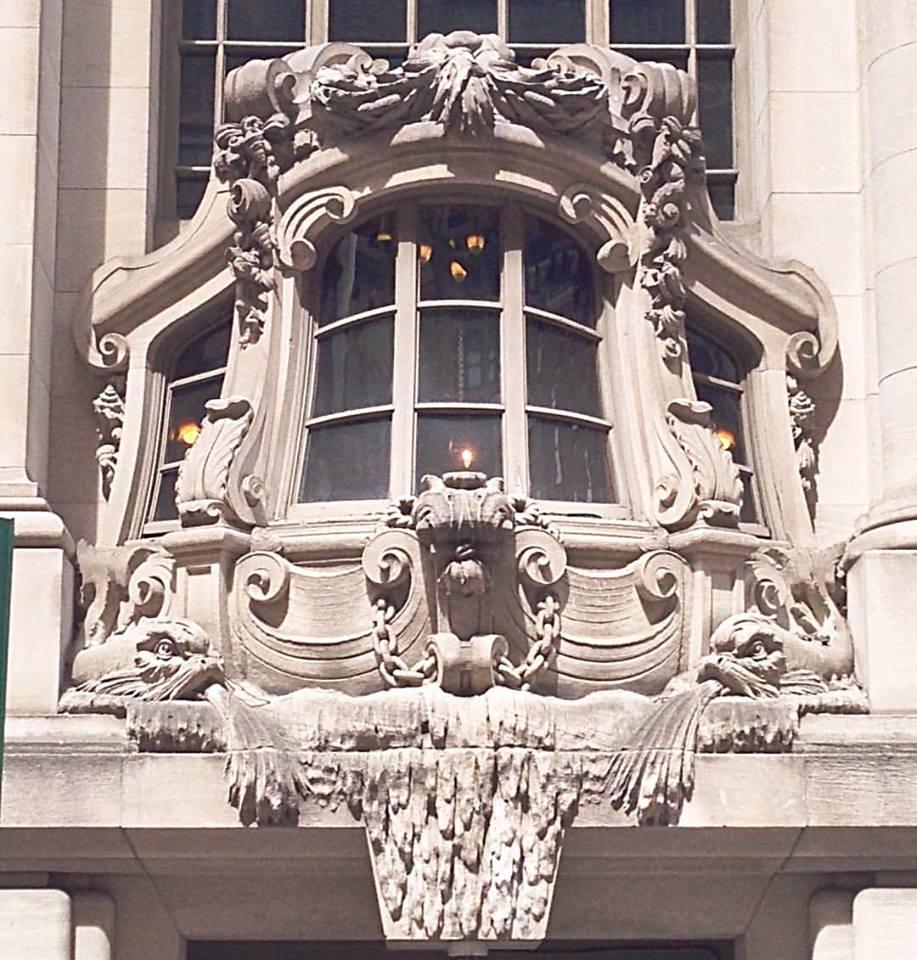 Exterior of the current clubhouse of the New York Yacht Club on 44th Street in Midtown Manhattan.

The New York Yacht Club was awarded the silver ewer as a trophy for the award.  It was renamed the “America’s Cup”, after the winning ship.  It was meant to be defended against legitimate challengers.  The first such challenge happened in 1870, hosted by the NYYC in the US.  Many later challenges followed, most held at the NYYC’s headquarters in Newport, RI.  The trophy was only lost 132 years and 26 challenges later in 1983 to the Royal Perth Yacht Club and the ship Australia II.  The NYYC has never regained the title, though other American clubs have.