England in Philadelphia in 1859: American cricket gains some respect

I’ve written before about the match in Hoboken between the England Cricket Team and the United States in 1859, during England’s celebrated tour of North America with five matches in Canada and the US. England played three matches in the US against sides made of cricketers largely from New York, Newark and Philadelphia. In terms of cricket play, most of the matches were embarrassing for the American sides, despite the English team allowing the North American teams to play with a significant handicap (The American teams played with 22 players vs the standard 11).  In Hoboken, the England 11 won by a full innings, which might be the equivalent of scoring enough points in one half of basketball to guarantee victory.    But from October 10-12, the England 11 did encounter some tough resistance in Philadelphia.  Though England ultimately prevailed by a safe margin, it was the closest of the 5 matches. 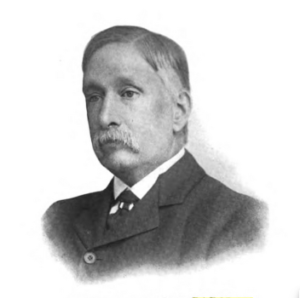 Philadelphia was then acknowledged by many sports commentators as the center of American cricket, with several of the strongest cricket clubs in the nation including the Germantown Cricket Club and the Philadelphia Cricket Club, both of which still exist. Up to the Civil War, cricket was more popular in the US than baseball. The match in Philadelphia was played over two days (October 11th had no play due to local elections) at the Camac’s Woods Grounds.  Though the US team was largely the same as had played in New York, a number of Philadelphians played in this match, including Civil War officer Charles Collis, Walter S Newhall, author Jones Wister, and businessman Charles Barclay.   Also on the squad was Sam Wright and his English-born son from New York, Harry Wright, who would later have a Philadelphia connection.  He would switch to baseball and manage several teams.  He was the manager of the Philadelphia Quakers, later the Phillies, from 1884-1893, and is buried in West Laurel Hill Cemetery.

In the first innings, the Americans scored a respectable 94 runs to the English 126.  Controversy struck when English batsman Robert Carpenter bit a ball that was caught by Jones Wister for an apparent wicket, similar to an out in baseball.  However, the American umpire Henry Sharpe called the ball wide (like a ball in baseball) negating the wicket.  Carpenter went on to score 22 runs.  It was the equivalent in baseball to calling a ball instead of a 3rd strike which could have ended a big inning. Wister claimed the incident cost the Americans the match.  Ultimately, England held the Americans to a score of 60 runs in the 2nd innings and went on to win by 7 wickets, a comfortable victory.  English journalist Fred Lillywhite praised the American performance, noting “they showed excellent points in the way of fielding, and were justly applauded by their opponents.”