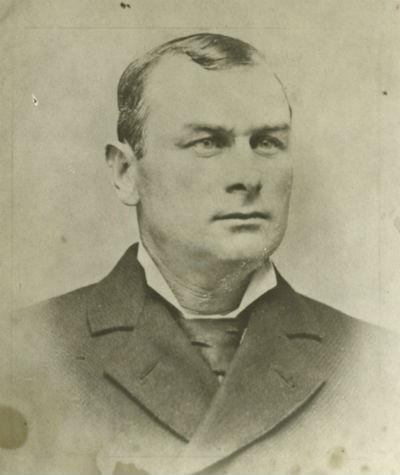 On October 14th 1842, Joseph ‘Joe’ Start was born in New York City.  He would become a baseball star and one of the greatest 1st baseman of the era. Start played with the Brooklyn Atlantics from 1862-1870.  He won four National Association championships and in 1870 he played in the Atlantics’ showdown with the undefeated Cincinnati Red Stockings in which he starred.

He started his career with the short lived Brooklyn Enterprise club, and then moved to the Atlantics in 1862.  He became known for fast baserunning, good fielding and modest power with the bat.  He is credited by some with being the first to away from the bag at first base, now the standard positioning.  After the first professional league was formed in 1871, Start switched to the New York Mutuals, where he played for six years.  He played one season for the Chicago White Stockings (now the Cubs) before playing for the Providence Grays for six more seasons.  He finished his career at age 43, and earned the nickname ‘Old Reliable’.   He’s buried in Riverside Cemetery in Rhode Island.

In the summer of 1870 the Cincinnati Red Stockings arrived with an 84-match winning streak.  They met the Atlantics in a highly-anticipated game at the Capitoline Grounds in today’s Bedford-Stuyvesant in front of 20,000 spectators.  Start hit a sacrifice fly in the 8th inning to tie the match at 5-5.  In the bottom of the 11th down 7-5, Start hit a triple with a man on, setting himself up as the tying run at 3rd.  He was then knocked in by captain Bob Ferguson, who would ultimately score the winning run for a final score of 8-7, ending Cincinnati’s legendary streak.  Start’s triple was arguably the play of the game. 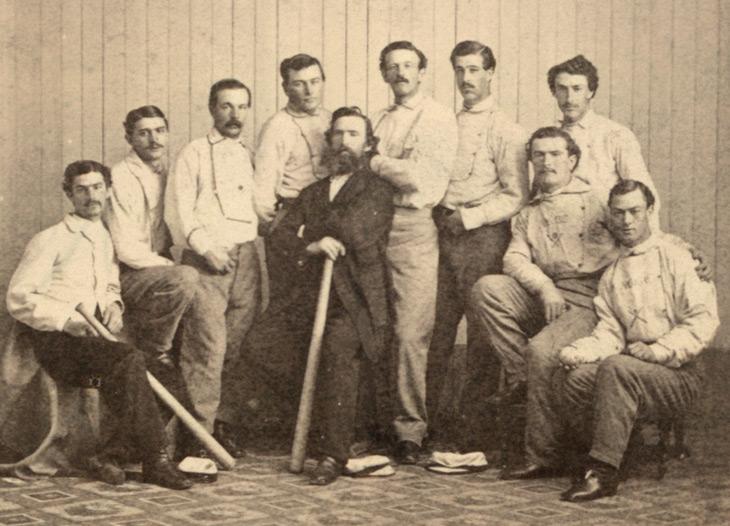 The Brooklyn Atlantics in 1865.  Joe Start is standing 4th from the left.