On this day: England vs the USA in cricket in 1859 at the Elysian Fields 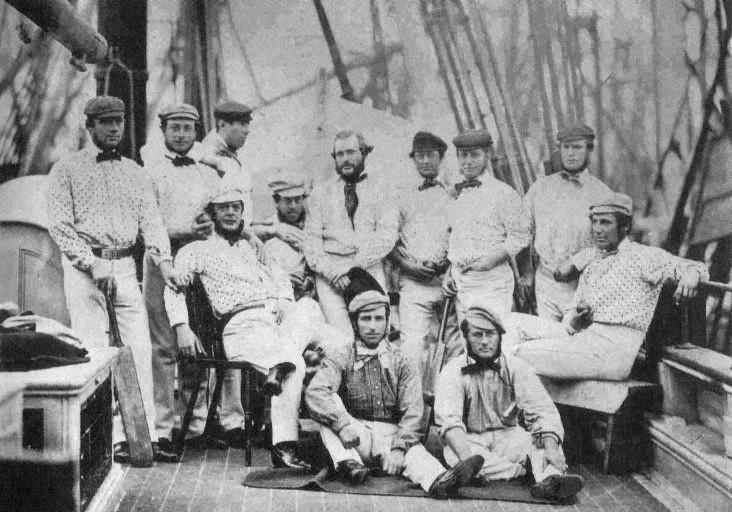 On October 3rd, 1859, a team of 11 English cricketers and a team of 22 cricketers from New York began a 3-day cricket match at the Elysian Fields in Hoboken, New Jersey.  The English team was on a tour of North America and played five matches in Canada and the US.  It was the first ever overseas tour of the English cricket team, and 18 years before the first England-Australia test match in Melbourne.  The English won all five matches, including the one in Hoboken.

The match in Hoboken was played at the home ground of the St. George’s Cricket Club, the most dominant cricket club in the New York area.  Founded in 1838, they first started playing in Manhattan at various grounds before moving to Hoboken, using a site very near the field used by the Knickerbocker Baseball Club at the time.  The team of 22 players (the American team was allowed to have two sets of the 11 players normally required to play cricket as an advantage) drawn from the St George club and other cricket clubs in the area, such as the New York Cricket Club or the Union Star club in Brooklyn.  Players for the US team, many who were of English birth, included Sam Wright, his son and future baseball player and hall-of-famer Harry Wright, and glass-maker Henry E. Sharp.  The English won the match easily, scoring 156 runs to the US’s 92.  The English only had to bat for one innings to score more runs than the Americans did in two innings, equivalent to scoring more points in a single half of a basketball game than their opponent scored the whole game.

The poor result for US cricket during tour did not limit excitement around the matches.  They were well attended and covered in the press, and the attention increased the interest in cricket which was then a strong rival to baseball in popularity in the US.  A second English tour was planned.  However, the Civil War put an end to this.   After the war, baseball became the dominant sport in the US and cricket never recovered.