On this day: The Gettysburg Address

Seven score and 13 years ago today on November 19th 1863, Abraham Lincoln gave one of the most important speeches in modern history–the Gettysburg Address.  In July that year, Union and Rebel forces had met at the battlefield in the bloodiest battle of the war.  Four and a half months later, Abraham Lincoln and several members of his cabinet (including Secretary of State William Seward) gathered to consecrate the battlefield. 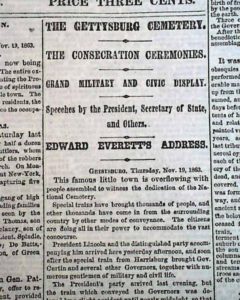 Lincoln’s speech was part of a full-day program of events, including a two-hour oration by former Massachusetts Governor and Secretary of State Edward Everett, who was considered by some to be the finest American orator at that time.  Also a band played and a benediction was read.  Lincoln was scheduled to deliver ‘dedicatory remarks’.

Text of the speech in the New York Times.

Lincoln’s speech was reported in newspapers nationwide as well as across the Atlantic.  Reactions at the time varied.  The New York Times (a Republican-leaning paper then) reported that the speech was interrupted by applause five times and followed by ‘long and uninterrupted applause.  The full speech was printed in the major New York newspapers including the Times and the New York Tribune.

There are five known copies of the speech written by Lincoln himself.  One of them, the Bancroft copy, is kept at Cornell University in upstate New York.  It was written for the historian George Bancroft in 1864. 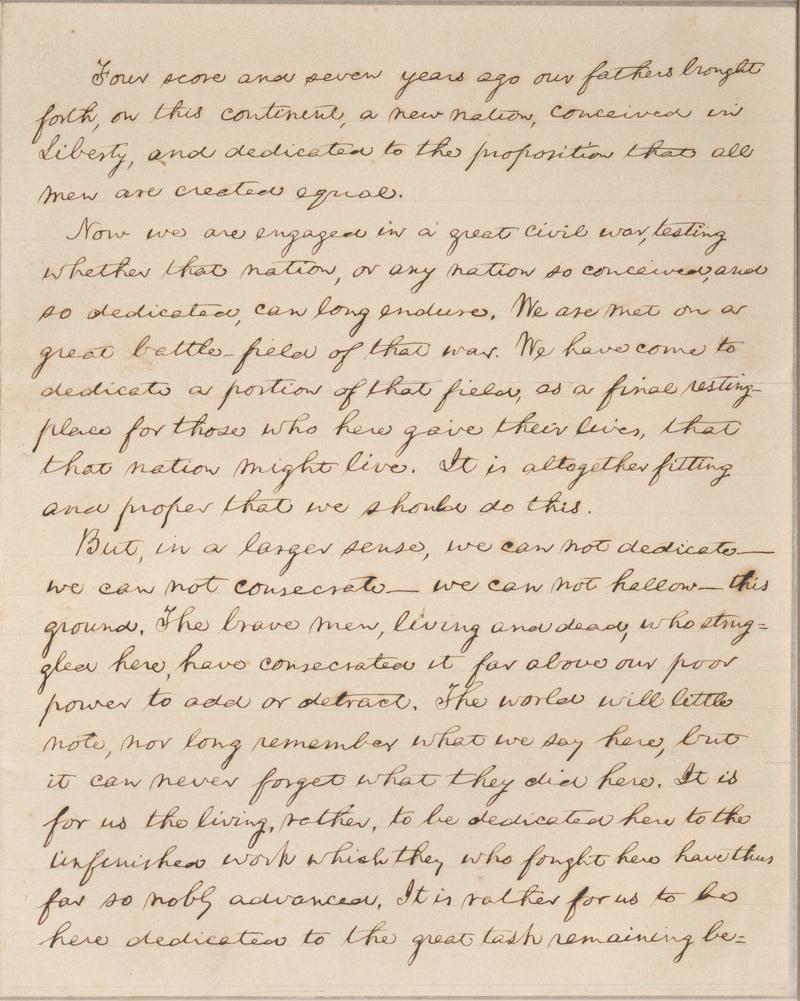 The Bancroft copy of the Gettysburg Address kept in the Carl A. Kroch Library at Cornell University.